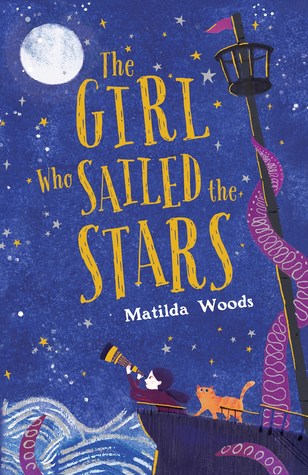 I will be super honest: the cover on this one had me clicking request before I actually read the synopsis. o_o I mean it is purple and pretty and definitely magical! So isn’t it reasonable to think that the story will be equally as magical and pretty.

Well…it wasn’t too far off.

Definitely magical. And a whole lot of emphasis on this word “pretty”.

Ethan Sutcliff seems like a normal seventeen-year-old—at least that’s what he’s trying to portray. In a secret society run by the Supernaturals, Ethan is what witches call a Bender. Benders are Witches’ Guardians, who are able to control a witches’ ability, bend it, or move it away from harming humans. In Ethan’s case, he is able to bend the Earth element. But at the age of fifteen, he lost all connection to it, and the reasons behind it could only mean one of two things: His Wielder is either dead, or hiding out somewhere.

Alex Burgendorf has been living in her aunt’s locket for the past sixteen years with her mother—a Fire Wielder, and her father—a Water Wielder. For sixteen years, her parents vowed to protect her, and they have, as she is the last Earth wielding witch. However, time is running out. Alex must find her Bender, or the fate of the Supernaturals might be at stake.

*I was provided a free copy via Net Galley and the Publisher, but all opinions are my own*

Umm so yeah. I was expecting a lot of magic from this book. I mean elemental magic! YES. Two people having to work side by side to make it work. Yes. Their journey to finding each other and making it work. Heck yeah. A book full of teenager angst and petty characters. No……….. Well they weren’t all that petty, but they were truly vain.

Characters I Sort of Liked:

Alex: She annoyed me only for 40% of this book. After living in a locket for sixteen years, with only her family as company, you’d think she would be a little more socially awkward. Not in this case. Yes, she went through some embarrassing stuff but that’s not what bothered me. Since she was so drop dead gorgeous, her family made her go under a glamour to keep the bad guys away and other reasons which I will discuss later. Her new face was very unattractive in many people’s eyes and adopted a sick nick name. And while she tried to stick up for herself, she agreed with people. She was, despite her many attempts to not be, vain. Vain. Vain. Petty and vain. Not always thinking things through. Another thing that made me want to shake her!!! But other than that, she was okay. Nothing spectacular in my eyes.

Ariel: The epitome of cool aunt! She was more of a sister to Alex and I liked that she helped navigate Alex in her journey.

Bender and Wielder Magic Dynamic: One of my highlights of this novel was definitely the magic. Elemental! HOORAY! I love elemental magic! In this book, magic is controlled in pairs! You have the source or “wielder”, who can conjure the magic and the doer or “bender” who can control and do all the wicked tricks! So I really liked that part! I also liked the story behind the villains and that there was mention of other types of magical beings!!! The magic just really made this book for me.

Humour: You hook me, if you can write something funny. This had some very funny scenes a lot of them held innuendos about–you know–*things*. But I liked that I found myself laughing or cringing from second hand embarrassment! And there was quite a bit!

Ethan: From chapter 2, I thought he was an a**whole. He is the jock/golden boy/suavesmoothtalker/everygirlsdream *rolls eyes*. Plus he has a tendency to associate animals with girls as soon as he sees them. Total turn off. He even admits to the wrongness of it, but continues to do it anyways. Just no. As the novel goes on he becomes *less* shallow by like a millimetre. But he just didn’t cut it for me. I found him rather selfish, kind of irritating and…….umm just a big nope.

The Over-Powering Romantic Plot: So this is what really brought down the book for me. It didn’t help that I didn’t like one half of the ship. The catch with the whole Bender/Wielder thing is that they cannot fall in love because then a whole bunch of bad stuff will happen and they will become the bad guys or die. The bigger issue in these characters case is that they are so drop-dead gorgeous that resisting each other makes up the plot of most of this book. *Hence the ugly glamour*

I could have worked with this had there been less emphasis on the drop dead gorgeous looks. While I like to think that teenagers go for more than just looks, I know that I’m talking about a very small demographic of teenagers. To be honest, a lot of the decisions we make are based on appearance. It’s a sad, but true fact. This book showcased that fact a lot, in my opinion.

The Lack of Action: There was action and it could have been so much cooler had the magic been focused on more than the romance! I liked the action, but it sadly over-shadowed!

Overall, I thought it was okay. The ending was fine, it did leave some room open for a sequel, but I have no clue if there will actually be one! I would be interested in reading it though! The author did mention that there would be separate series that follow the other kinds of magical beings mentioned in this story so I am definitely up for that!

Recommend: Like the romance genre, but want to try a little magic?! Then this one is for you!

Let me know what you guys think! Do you mind when the romance over shadows the rest of the story? I feel like it kind of kills the anticipation of cute moments!